The Ones Who Stay

Posted on June 19, 2018 by allisongreenwriter 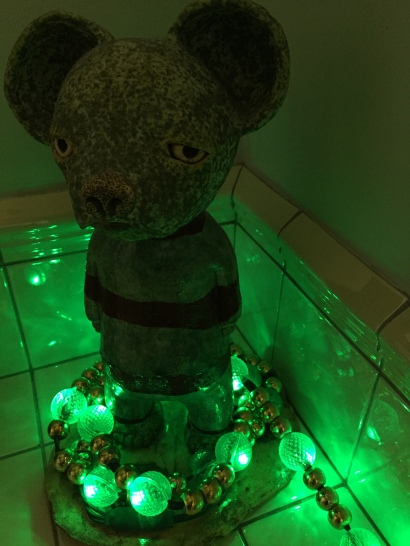 Recent events have reminded me of Ursula K. Le Guin’s much-anthologized story, “The Ones Who Walk Away from Omelas,” in which a utopian society depends for its continued existence on the suffering of one child. Some, when they learn of this requirement, leave in search of a different kind of society, but most stay.

Of course, our society is no utopia, and more than one child suffers; more than the two thousand children taken from their parents at the border suffer. But Le Guin knew that. Her parable brings us face-to-face with our complicity: At first, when young people of Omelas learn of the suffering child, they are shocked. But then they begin to rationalize. Isn’t it better that one child suffers so that everyone else may prosper? If the child were released from the dungeon, surely it could no longer function: “Indeed,” Le Guin writes, “after so long it would probably be wretched without walls about it to protect it, and darkness for its eyes, and its own excrement to sit in.” And so the people of Omelas accept the child’s suffering and even believe their own lies about it.

One version of this utopia is white supremacy. People who can justify separating brown children from their parents have already decided that these people are not as worthy, perhaps not even as capable of feeling, as white children and white parents. They imagine an Edenic United States, when it was whiter and more powerful and more prosperous. That this country never existed does not seem to bother them. They believe that, if the children suffer, their city on a hill will shine on.

But I don’t want to let myself off the hook here. As much as I protest this white supremacist utopian ideal, I benefit from it. I’m like the citizens of Omelas who wake from bad dreams in the night but continue to partake in the joys of utopia — in my case, vegetables picked by migrant farm workers, electronics made under grueling conditions, the legacy of wealth and education that came from my homesteading ancestors, etc. and more etc. I read the news. I go to an occasional protest and send an occasional donation. But I don’t walk away.

Last week I attended a tribute to Le Guin in Portland, an evening of love and laughter in an elegant theater from the 1920s. Editors read funny emails they’d received from her, and writers shared reminiscences (China Miéville said Le Guin told him the description of the scary Shadow in The Wizard of Earthsea was based on the tardigrade, a microscopic animal). Margaret Atwood attended via prerecorded video. She said she was talking to us from a planet called “Canada”; the universal translator was translating her words so we could understand them. She told a story about asking Le Guin: “Where do the ones who walk away from Omelas go?” Le Guin couldn’t answer.

And where would I go if I walked away? Justice, of course, is not a place. I find myself tossing and turning. I don’t believe the lie that the child suffering for Omelas is better off in the dungeon, but I have trouble walking away from the benefits I accrue from that suffering. Someone, I keep thinking, will show me the way out. Meanwhile, I guiltily sleep.

2 Responses to The Ones Who Stay