Posted on February 21, 2016 by allisongreenwriter 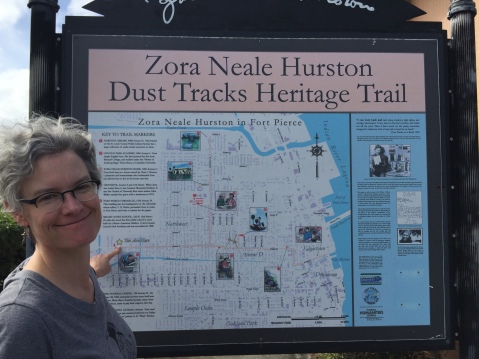 When loved ones die, we think of them, talk to them, ask their advice out loud and in our dreams. We conjure them, not only because we miss them, but because we need them.

Alice Walker needed writer Zora Neale Hurston, and in the famous essay that appeared in Ms. Magazine in 1975, “Looking for Zora,” Walker imagined her back into existence after much of the world had forgotten. Walker visited Hurston’s hometown of Eatonville, Florida, and found her unmarked grave in Fort Pierce. She ordered a headstone, wrote the essay, and sparked a reappraisal of Hurston’s work. What Walker had needed was an ancestor, a literary ancestor who, as she says in an American Masters documentary, could show her what was possible. Hurston, she says, wrote of black people “as complete, complex, undiminished human beings.” I can imagine how crucial it was for Walker to find Hurston’s work.

Thanks to these efforts, I read Their Eyes Were Watching God in college about seven years later. Ever since, I have retained an image of the opening scene: Janie, whose truest love has just died, saunters back into her former town in overalls, her long black hair “unraveling in the wind like a plume.” And I have remembered Hurston’s unusual story: she left her small-town Florida life for an education at Howard University and Barnard College, worked with Franz Boas, became an anthropologist, and traveled the Caribbean and the South, collecting music and stories. She wasn’t a major influence on my writing, but she was a vision of a daring, literary, independent woman, the kind of person I wanted to be.

So when Arline suggested we visit St. Augustine, Florida, during our winter break, I was eager to make a Zora Neale Hurston pilgrimage. We didn’t make it to Eatonville, her hometown, but we stopped in Jacksonville, where Janie marries Tea Cake in the novel; found the house in St. Augustine where she finished her autobiography, Dust Tracks on a Road; and took the tour of Fort Pierce that can be taken virtually on the city’s web site. 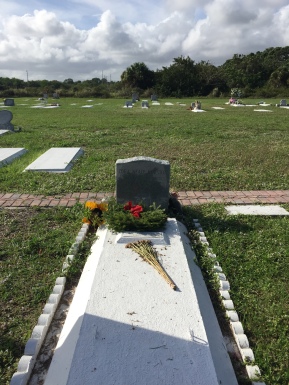 In Fort Pierce, informative kiosks mark places like the library named after Hurston, the school where she taught, and the office of a newspaper for which she wrote. The cemetery has changed greatly since Walker waded there through waist-high weeds to find the grave-sized depression that suggested Hurston’s burial place. Now, two pillars with copper impressions of her face mark the path to the grave. The grass is cropped, the headstones tended. Arline and I stood quietly, trying to imagine the living woman as she might have been. A wreath and dried flowers on the grave testified to her continuing existence in someone’s memory.

The house of a friend of Hurston’s was poignant in a different way. Most of the marked sites on the tour are in modest residential neighborhoods of small, concrete-block houses. This is where Hurston lived, worked, and died, so poor late in life that she had to move to the county “welfare home.” But the friend, white artist A.E. Backus, lived in a large gabled house, and, as we drove east from the other sites toward this last stop on the tour, it was clear we were crossing to the other side of the tracks. Hurston told great stories at his parties, Backus said, and the kiosk in front of his house claims that she “must surely have enjoyed the lively and stimulating atmosphere.”

I don’t know much about Backus, a self-taught painter. But I know the street is now named after him and a museum nearby sells his works. What I’ve read online suggests he didn’t die in obscurity and his reputation didn’t have to be revived. I wonder what it was like for Hurston to walk from her tiny concrete-block house to his house and studio near the ocean, where the salt air wafted up the avenue. And walk back home.

Still, Zora Neale Hurston is larger than life now. She has been conjured back into existence for all those who might need her. 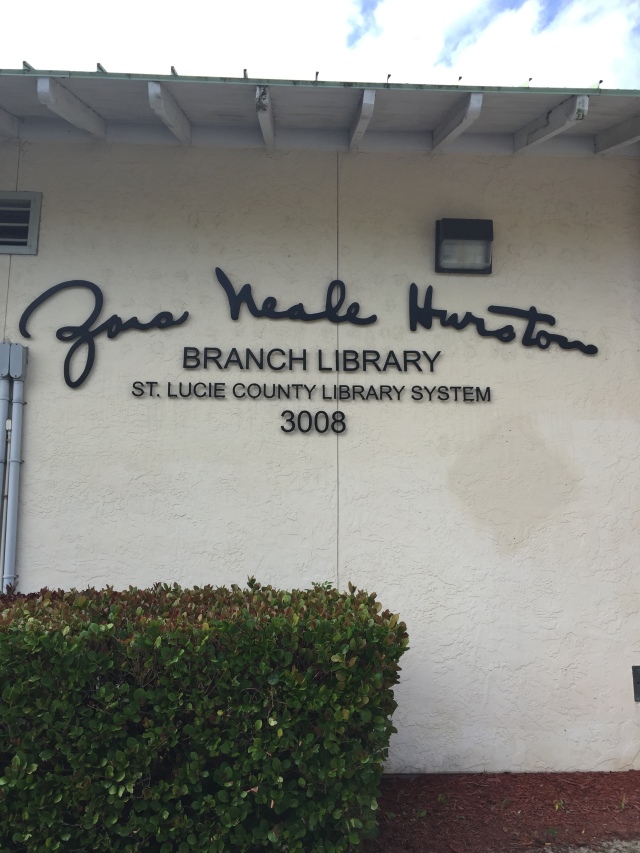 Author of The Ghosts Who Travel with Me, a memoir, and Half-Moon Scar, a novel.
View all posts by allisongreenwriter →
This entry was posted in Death and dying, Faith/belief, Literature, Travel, Writers and tagged books, death and dying, faith/belief, feminism, travel, writing. Bookmark the permalink.